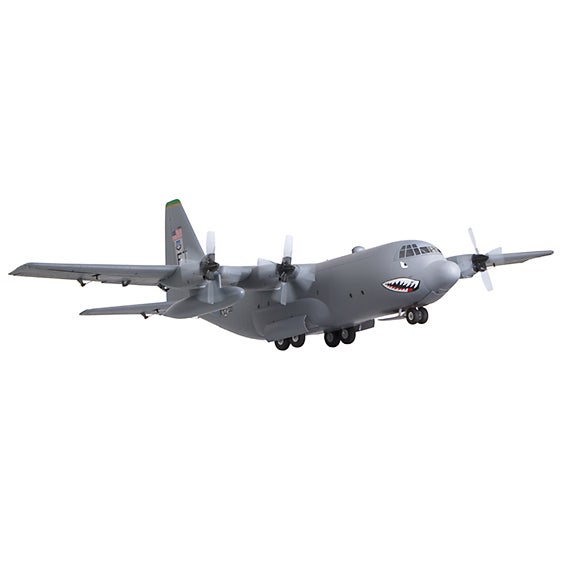 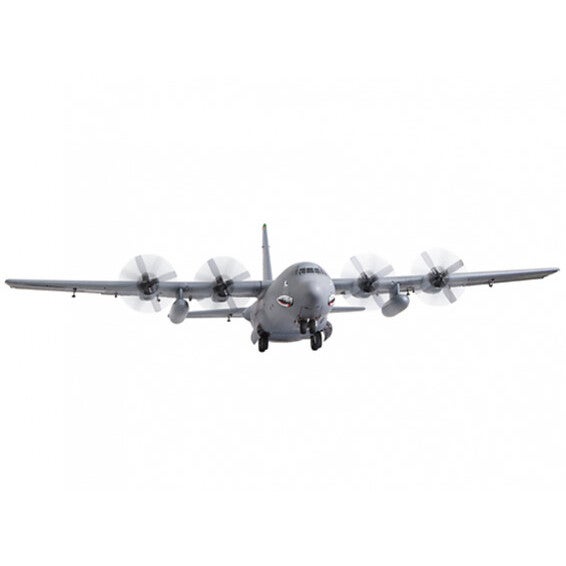 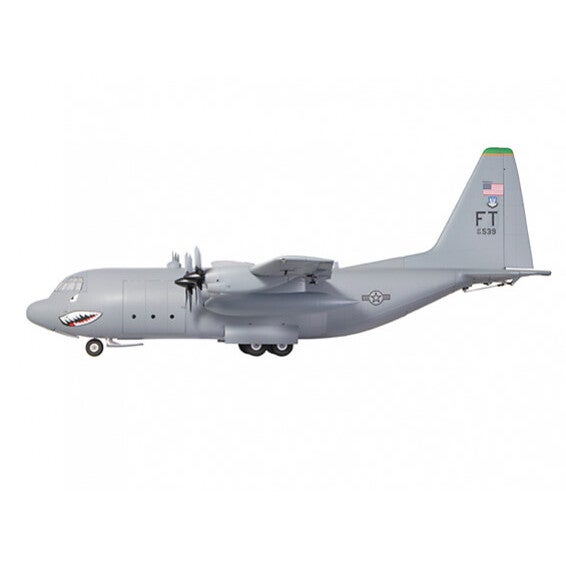 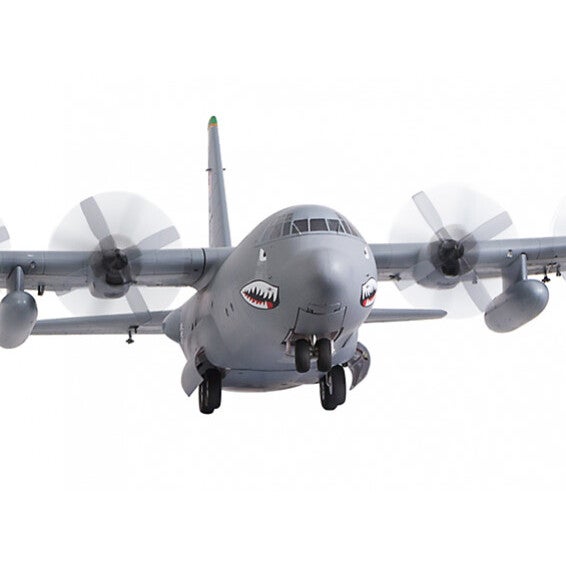 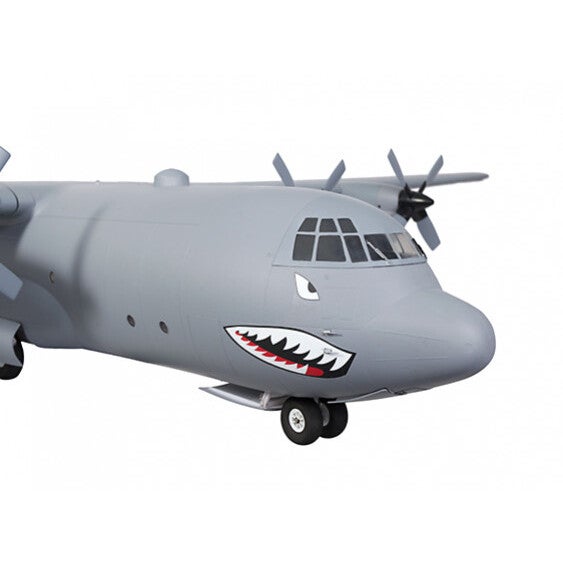 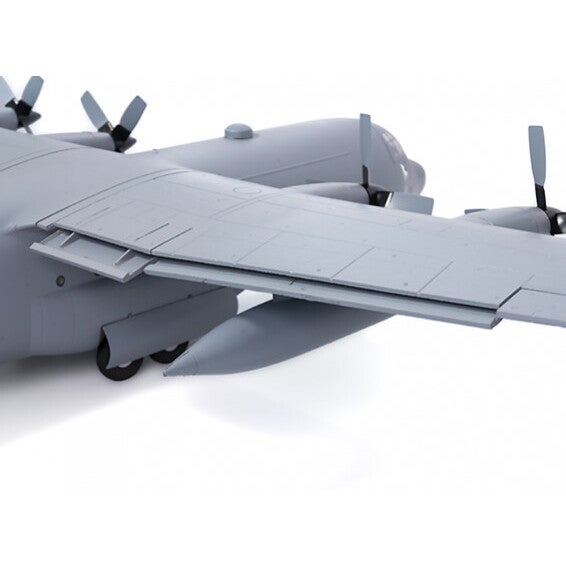 Pilot your very own C-130 with this exquisite scale aircraft. Completed with the highest level of scale detail, this AVIOS aircraft is the best replica on the market. With a 1600mm wingspan and measuring over a meter in length, the AVIOS C-130 features fully sequenced landing gear, working cargo door, navigation lights, and scale props.

Beloved worldwide, the American four-engine turboprop military transport aircraft is capable of using unprepared runways for takeoffs and landings. The C-130 was assigned as a troop, medevac and cargo transport aircraft. The versatile airframe has found uses in a variety of other roles, including as a gunship (AC-130), search and rescue, scientific research support, weather reconnaissance, aerial refueling, maritime patrol, and aerial firefighting. It is now the main tactical airlifter for many military forces worldwide.

The AVIOS C-130 has a cargo door which can be operated by an aux channel on your computer radio. Fantastic for any candy drop events at the flying field. A cabin light has also been added and it can be switched on/off automatically when the door is opened or closed.

AVIOS presents the only true scale representation of the mighty C-130.

MyDeal Money Back Guarantee
Get the item you ordered or get your money back. Learn more