Have you ever had a dream, and people called you crazy for trying to achieve it? From business ventures to travel aspirations, there’s nothing you can’t do, if you set your mind to it. We’ve gathered some of the most inspiring stories, of those who defied all odds and made their dreams a reality, even after everyone told them they were crazy.

Michelle Tupy @AndOffWeWent
It’s under 1000 miles to go until Michelle Tupy reaches Niagara Falls, where she, her two children and husband have been getting their Volkswagon fixed, for what seems like the hundredth time. The four have travelled from Peru to Canada in two years, in none other than a 1977 KW Kombi van. Starting from Cusco, they have seen Missouri, New Mexico, Tennessee and now Niagara Falls, with no plan, just determination. Their Kombi van has travelled (and broken down) over two continents and eleven countries. They were told that their journey was crazy, but they defied all odds and have made it worth every kilometre. “Many told us to give up, sell the van, stop, etc, but we decided to keep going. We met so many wonderful people on our journey. We really wanted to teach our kids the value of travel, the educational benefits, and to show them how others live, and how they could live anywhere they wanted despite the differences in lifestyles and languages.” Follow their incredible journey, step by step, on their blog And Off We Went.

Amanda Campbell @BendLikeBamboo
After a shock diagnosis with MS (multiple sclerosis), Amanda Campbell was given a 50/50 chance that she could ever walk again. Within six weeks, she didn’t walk, she ran. Determined to understand how she achieved the nearly impossible, Amanda swapped her career in fashion for work in Kinesiology. Since then, she has become an accredited kinesiologist, and founded Bend Like Bamboo, her private practice. There, she dedicates her time helping others rebuild their lives from illness and stress. Specialising in autoimmune disease and the emotional stress caused by said diseases, Amanda has since made even more life-changing steps,”Taking a balanced approach,” Amanda believes that “nourishing her body on a cellular level, understanding her mind, and connecting with herself again, gave her the best chance of recovery and living a happy fulfilling life.” Discover her incredible journey and how she saves lives every day by following her on Instagram and Facebook.

Meditation tip from Amanda: Sit in a comfortable position for 20 minutes. Breathe in, breathe out, count 1 (in your head). Breathe in, breathe out count 2…. Up until you get to 10. Then go back to 1. When a thought comes in - catch it and label it. Was that thought about fear, anger, resentment, sadness? Or was it about love, hope, joy, peace? Let the thought go and go back to breathing and counting. This practice will allow you to find more quiet in the mind. Please see the link in bio for the whole meditation x

Trent Silver @Trent_Silver
A goal without a plan is just a wish, and Trent Silver is living proof that working hard can make any dream a reality. After dropping out of a prestigious university, Trent was told by his family that he was crazy. He pursued a business, buying and selling handbags and purses. Fast forward a few years, and Cash For Purses has become an out-of-the-box profitable website. “Our Cash for Purses business has almost a full chapter case study in the 6th edition of The New Rules of Marketing & PR, by David Meerman Scott, and Wiley Publishing.” Trent Silver has many business ventures under his belt and has been featured in TMZ, Forbes, ABC Television Network and The Wall Street Journal, just to name a few. The celebrity entrepreneur didn’t give up on his dream, even after everyone called him crazy. Find out more about Trent by following his Facebook and Instagram.

You are the creator of your own destiny so make it a good one. #quotes #life #lifehacks #worldtraveller #mediamogul #makemediagreatagain #makeamericagreatagain

Steph Gabriel @OceanZen_Bikini
Taking a swim in the ocean made Steph Gabriel consider some things. As a science graduate, Steph decided to launch her own line of bikinis, named Ocean Zen Bikini, only there’s difference that makes her line stand out amongst the ordinary; hers are made from plastic. That’s right, recycled plastic. Dubbed as “saving the ocean, one bikini at a time”, Steph’s dream to change the world has come true. “I defied all odds by launching a sustainable bikini brand when I came from the corporate industry in my early 20's. I started with $5,000 and an idea to change the world, one bikini at a time.” These bikinis are not only beautiful to look at, they’re also saving the ocean.Get your togs on by following Ocean Zen on Instagram and Facebook.

Want ABS in an hour??? Want to squat for a cause? OceanZen and Crossfitcontesss have teamed up!! This saturday at 8am- 9am come down to Alex beach for a FULL BODY BEACH BOOTCAMP!! It's a $10 for the epic sweat session ( a bloody booty bargain) and what's even more awesome is that you will directly be supporting the OceanZen crowdfund with ING Bank which is only active for another 15 days!! Squat's with a purpose!! Register at the link in our bio now xx @georgiestevenson rocking our sold out palms set ♻️👙 #CrossfitContessa #dreamstarter #ingbank

Leah Andrews @QueenOfSnowGlobes
There is such beauty behind a snow globe; a magical scene encased with snow. Behind the beauty comes the hard work, and Leah Andrews, AKA the Queen of Snow Globes, who has made her dream for snow globes into a business venture, by creating custom designed globes for the world to see. “At the outset, many people thought I was crazy - how on earth does one create a successful business from snow globes? As the Queen Of Snow Globes, for more than five years I've been producing high-quality custom snow globes. Today, my company has grown to produce custom pieces for high-profile celebrities in the United States including Steve Martin, Quentin Tarantino, Channing Tatum and Kurt Russell, as well as cast and crew gifts for Matilda The Musical, for Netflix, and for many other companies and associations worldwide.” Since she has become the Snow Globe Queen, she has also been enlisted to create custom globes for the Australian Blu-Ray release of the Academy Award Winning feature film, La La Land. Discover her incredible work by following her on Facebook and Instagram.

Lannah Sawers-Diggins
You may have a dream your whole life and never watch it grow. Lannah Sawers-Diggins, however, took her dream and made it a reality in her 50s. At 61 years of age, Lannah combined her two passions of writing and the Australian outback and wrote her first book, Red Dust Dreams. Since then, she has travelled throughout Australia’s beautiful outback, researching and writing. “My pride and joy (apart from my children and grandson) has recently been published and is now being distributed. It is a book - non-fiction and to conduct the research involved me, by myself and starting in my 50s, travelling throughout the outback of SA., NSW., Qld., the NT and WA.” Proving that you can achieve your dream at any age, you can find Lannah’s book here.

Prosper Taruvinga @ptaruvinga
As an all-rounder, there’s nothing that Prosper Taruvinga can’t do. He is the owner and CEO of LiveLong Digital, a digital marketing agency. When he decided to drive around Australia with his two-year-old daughter, Kaliyah, he was told he wouldn’t make it. “I drove around Australia for 13,131 km in 21 days with a two-year-old. Everyone thought we were crazy to go on such an epic trip. and my friends thought I could not make it back. But we did, and we went through the outback and visited all the states inland of Australia.” Originally from Zimbabwe, he is considered to be the first Zimbabwean to do such a trip, along with this daughter. Prosper is a self-proclaimed “die-hard” about personal development and lifestyle design, so it’s little wonder why he defied all odds and made his dream a reality. Discover some amazing tips and tricks from Prosper by following his Instagram and Facebook.

There are no traffic jams on the Outback way.

Steve Macdonald @REIZEEnergyDrink
You may have redesigned your living room, but have you ever redesigned your life? Steve Macdonald, the genius behind REIZE Energy Drinks, totally changed his life and made his dream come true. Not only did he leave his successful corporate job he went up against the competitive energy drink industry with a brand new way of thinking. After being told it was too risky, he and his business partner have reimagined the energy drink industry and has made his dreams come true. “Through persistence, I have made my dreams come true and I could not be happier. I get to see more of my family, I get to enjoy more time in the outdoors and eventually I will make more money than I ever would have made in the corporate world.” Get energised by following REIZE on Facebook and Instagram.

The Boss of all energy drinks! Enjoy it Hot, Fizzy or smooth 👌👌👌 #versatile #energydrink #Boss

Nathan Birch
Sometimes you’re just born for greatness. Take Nathan Birch, the property mogul who owns over 200 properties, with a portfolio worth more than $50 million. At the age of thirteen, Nathan drew the connection between property and wealth and began saving furiously for his first property. By the age of twenty-four, he was able to successfully “retire”, but his family was always worried that his success wouldn’t last. However, at the age of 32, he has become a property tycoon, with his own business Binvested, Australia’s leading property investment group.

Ronan Bray @popupshopup
Ronan Bray does things his way, and he has since made his dreams come true. At the age of twenty one, he started his own business, Jobs and Services. After having a business idea stolen, he didn’t give up and has since started his second business, PopUpShopUp. After only 12 months in the business, he has had over 65,000 visits and has reached #1 on Google for “pop up shops” searches. “My experience has not only helped me see my goals through but has provided key lessons to be able to think and act differently and has equipped me with skills to take into any role.” Ronan and his determination have proven that anything is possible.

These amazing people are living proof that if someone calls you crazy for having a dream, you can prove them wrong. With the right mindset and guts, you can also achieve your dreams. So whether you’re a tradie or a pet lover, there’s nothing you can’t do if you believe in yourself. 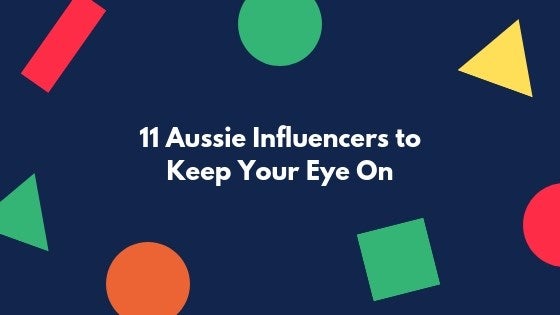 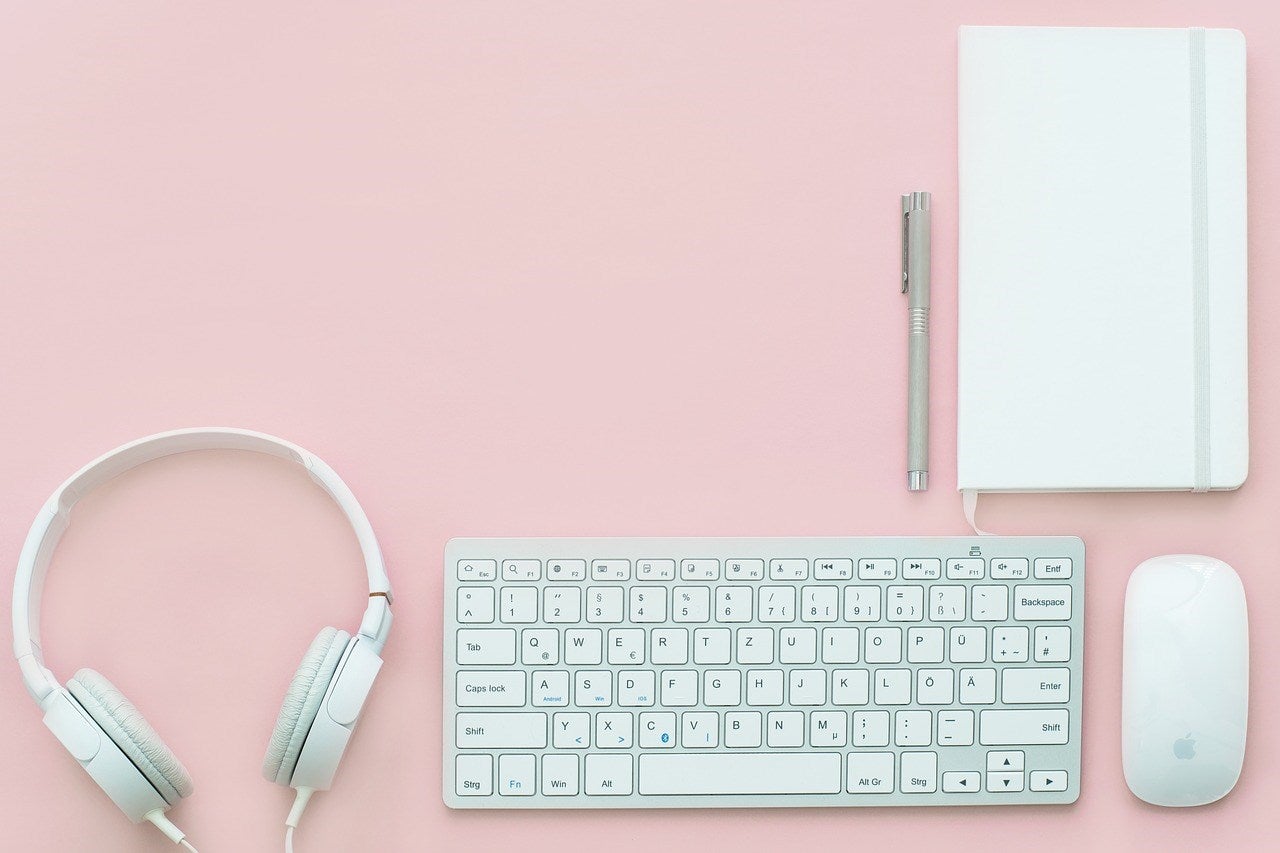 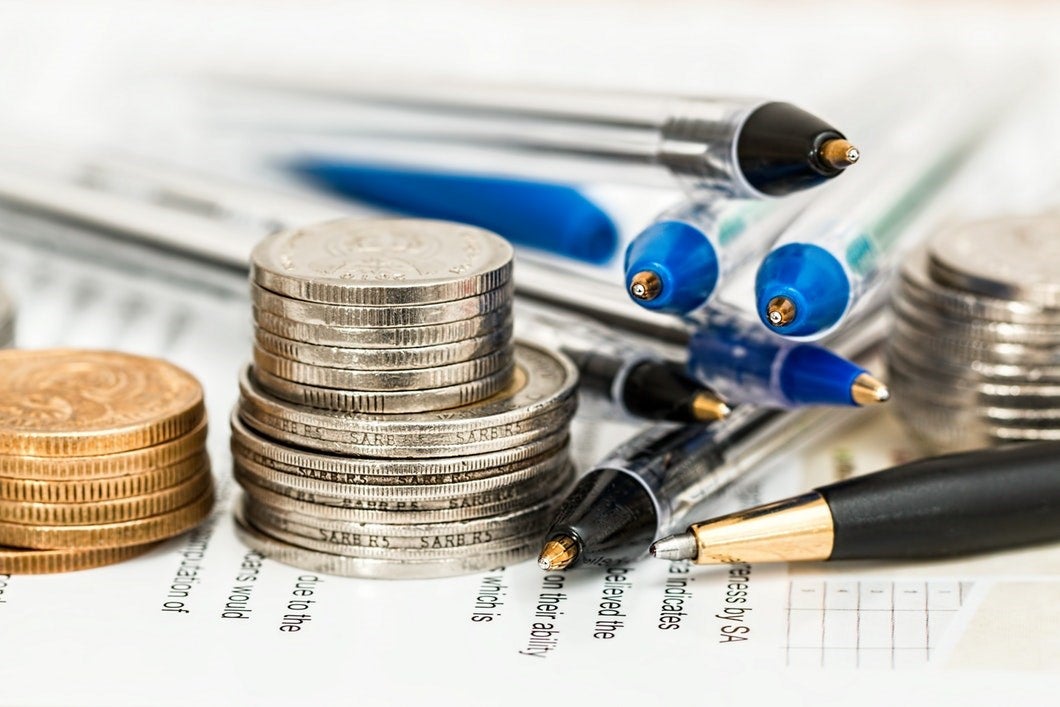 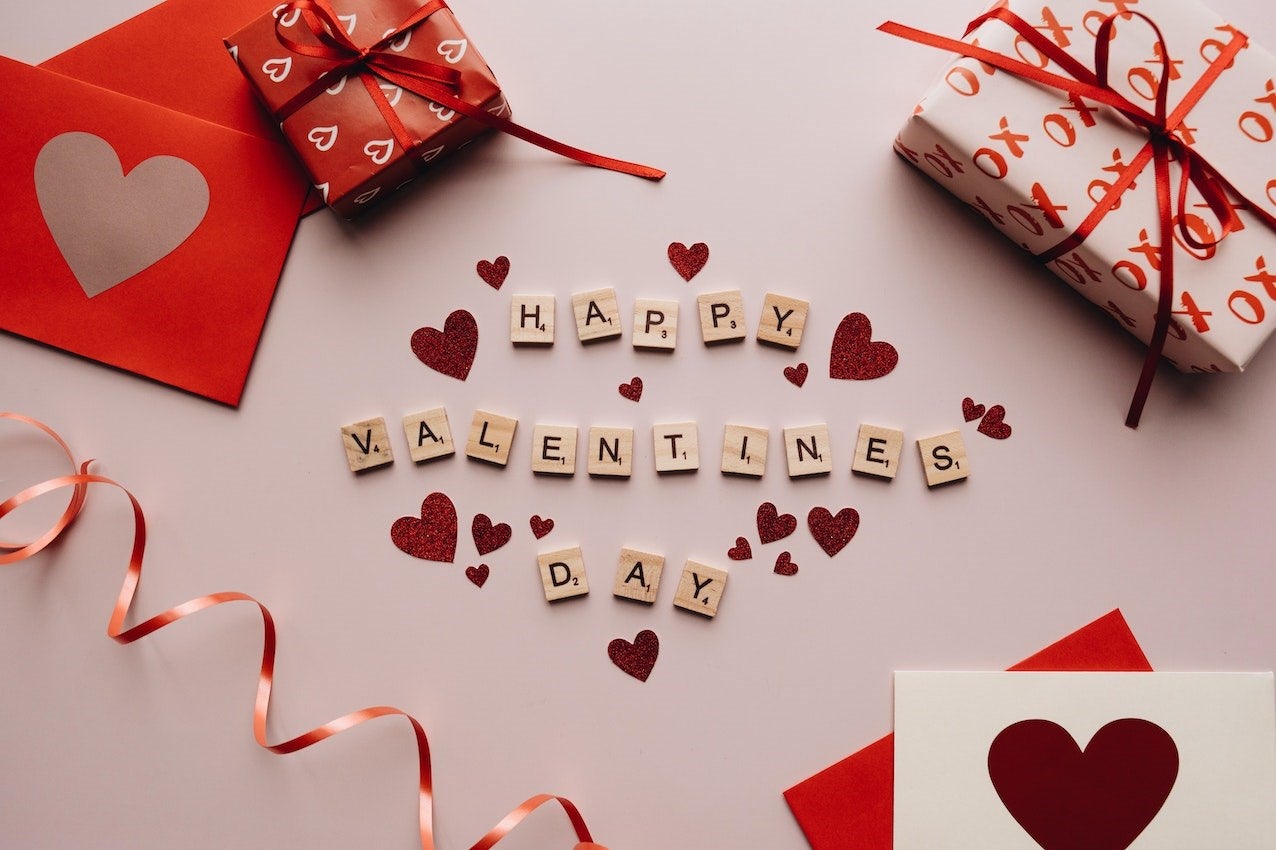 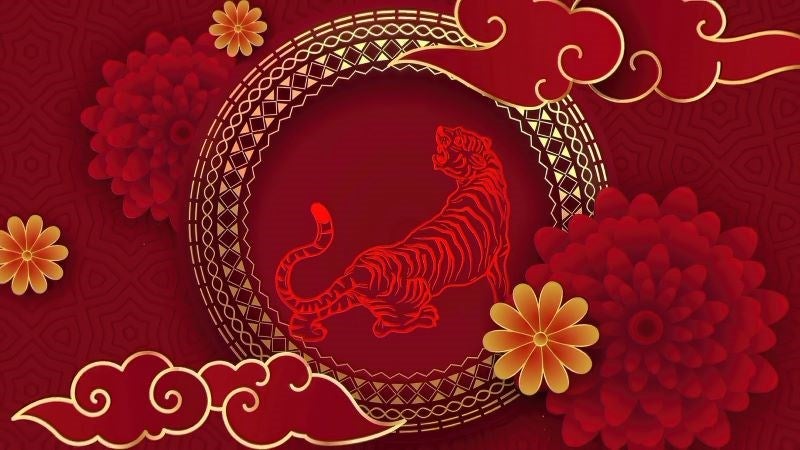 Chinese New Year - Celebrating the Year of the... 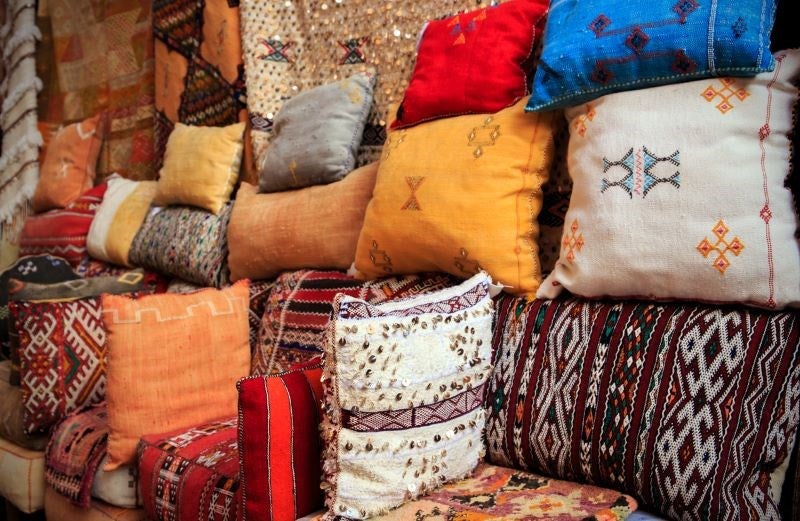