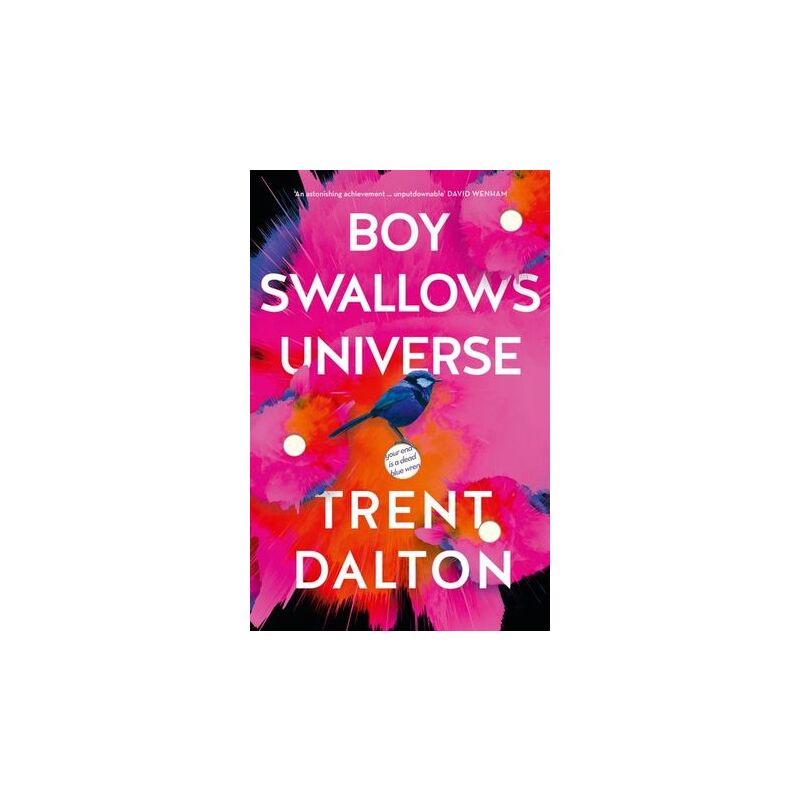 1 Review 5 1 Review
Out of Stock!
Enter your email to receive a notification when this item is back in stock
Share:

The Silent Patient : The Richard and Judy bookclub pick and Sunday Times Bestseller
$27.80
An utterly wonderful novel of love, crime, magic, fate and coming of age, set in Brisbane's violent working class suburban fringe - from one of Australia's most exciting new writers.

Brisbane, 1983: A lost father, a mute brother, a mum in jail, a heroin dealer for a stepfather and a notorious crim for a babysitter. It's not as if Eli's life isn't complicated enough already. He's just trying to follow his heart, learning what it takes to be a good man, but life just keeps throwing obstacles in the way - not least of which is Tytus Broz, legendary Brisbane drug dealer.

But Eli's life is about to get a whole lot more serious. He's about to fall in love. And, oh yeah, he has to break into Boggo Road Gaol on Christmas Day, to save his mum.

A story of brotherhood, true love and the most unlikely of friendships, Boy Swallows Universe will be the most heartbreaking, joyous and exhilarating novel you will read all year.

'Trent Dalton is the most extraordinary writer - a rare talent. A major new voice on the Australian literary scene has arrived.' Nikki Gemmell

'An astonishing achievement. Dalton is a breath of fresh air - raw, honest, funny, moving, he has created a novel of the most surprising and addictive nature. Unputdownable.' David Wenham

'I couldn't stop reading from the moment I started, and I still can barely speak for the beauty of it. Trent Dalton has done something very special here, writing with grace, from his own broken heart.' Caroline Overington

'Enthralling - a moving account of sibling solidarity and the dogged pursuit of love.' Geoffrey Robertson QC

'Stunning. My favourite novel for decades. Left me devastated but looking to the heavens.' Tim Rogers

In Boy Swallows Universe, Walkley-winning journalist Trent Dalton bends his own horrific story of a chaotic youth in the heroin-drenched suburbs that Brisbane forgot into a bright and brilliant phantasmagoria - an instant classic of Australian storytelling.

Eli Bell has unfortunate circumstances. His brother is mute, his dad is drunk, his mum is headed for jail, his step-dad deals heroin, his babysitter is a convicted murderer and his only friend seems to be his pen pal who's in prison. When he tries to improve these circumstances, things go from bad to horrific and suddenly this novel opens up a whole universe on the page. To try and describe what I mean by all this could spoil the delights of this book. You need to witness it for yourself.

Read Boy Swallows Universe and Eli Bell will take you him on his unfathomable journey - his coming-of-age meets survival story - one that will defy logic and utterly astonish you. It's exhilarating, funny, heartbreaking, horrifying and all-throughout uncompromising. It's a book without comparison that Australia, and the world, will fall in love with.

Your order will ship within 2 business days

Booktopia uses Australia Post for deliveries throughout Australia. Australia Post will leave the parcel unattended only if it's safe to do so, and take a photo as Proof of Delivery. Please note higher value deliveries may require a signature on receipt.

If there is no-one at home to provide a signature, the delivery person will leave a notification card and you may also receive an email letting you know where your parcel is.