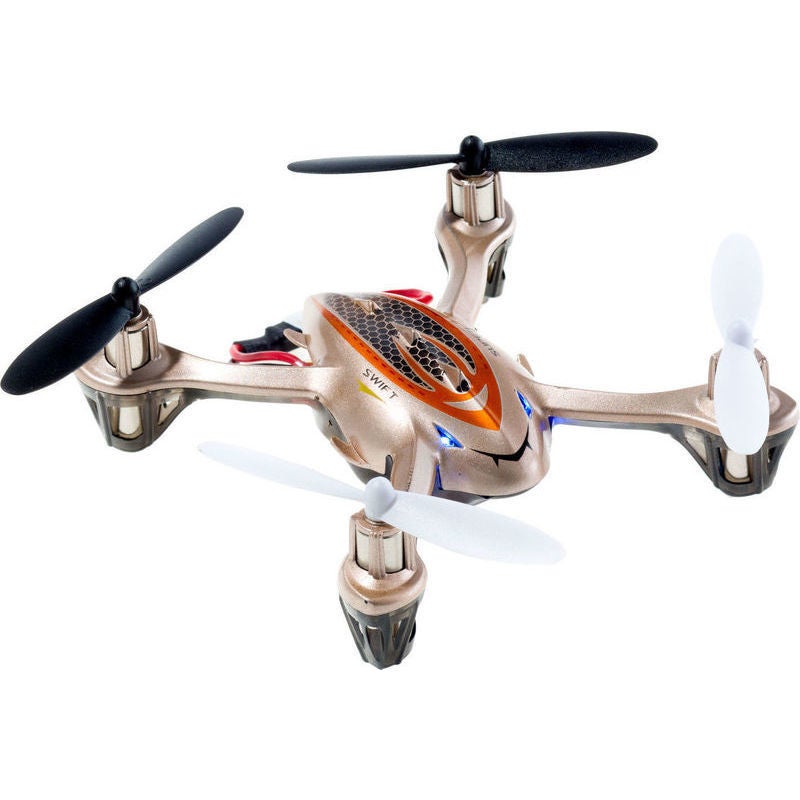 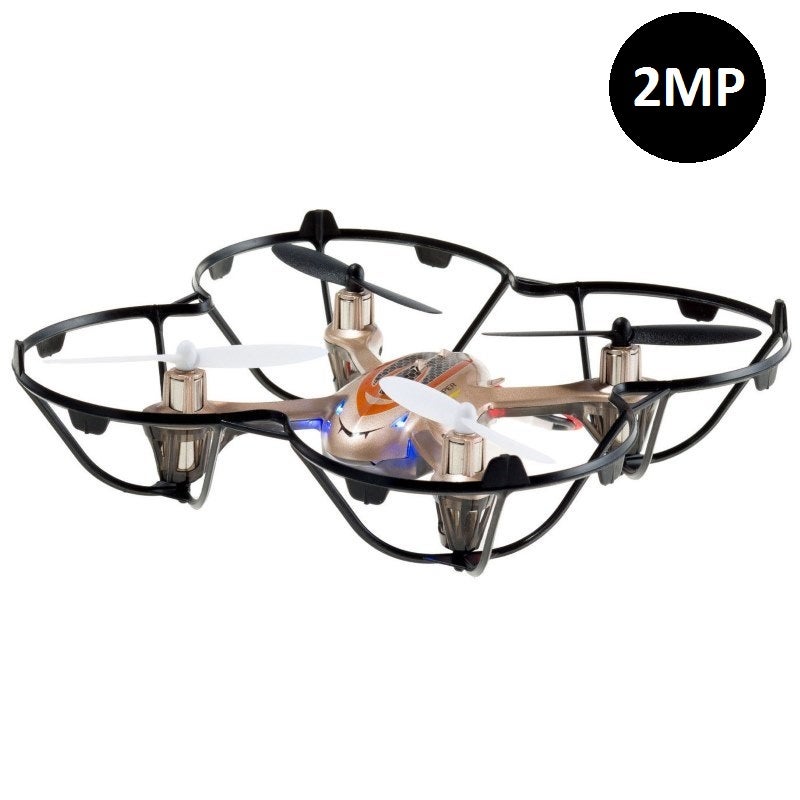 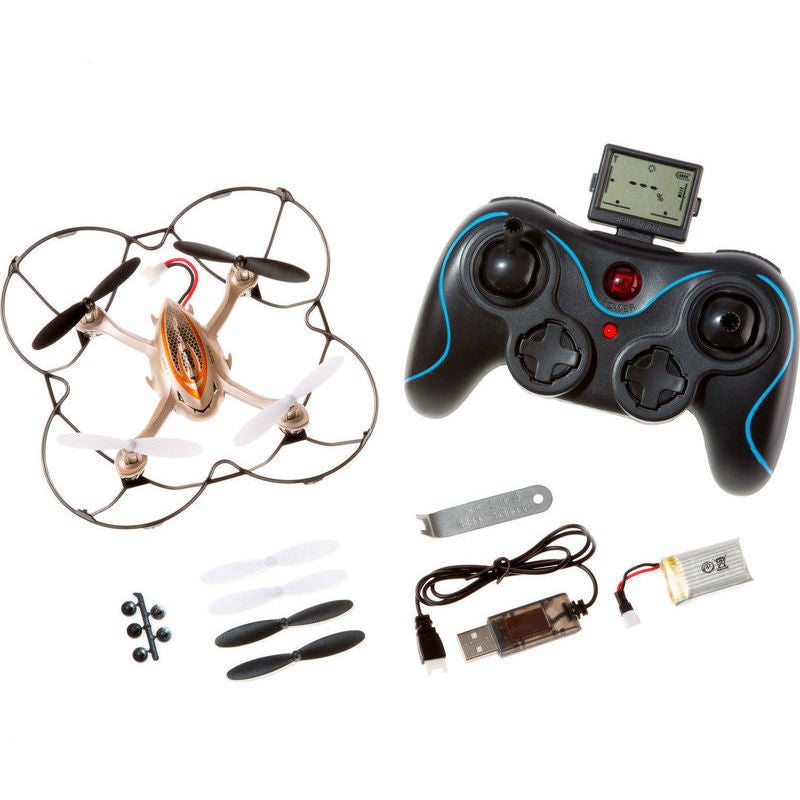 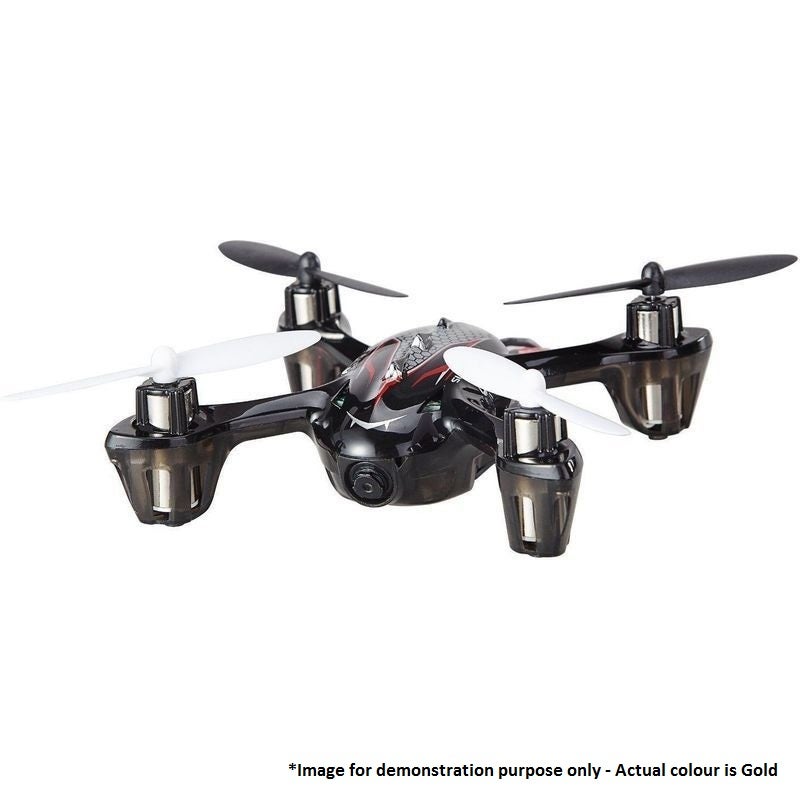 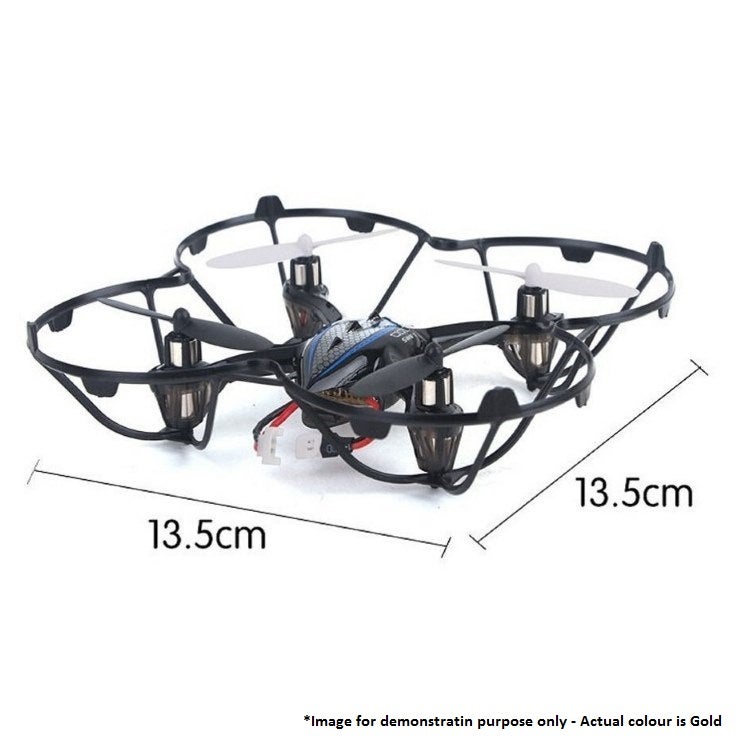 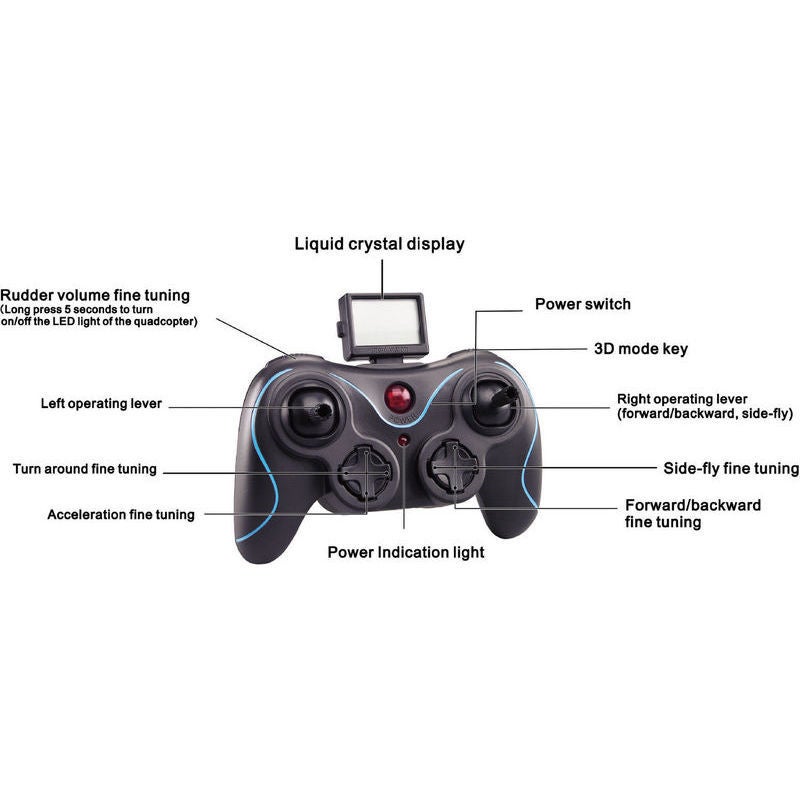 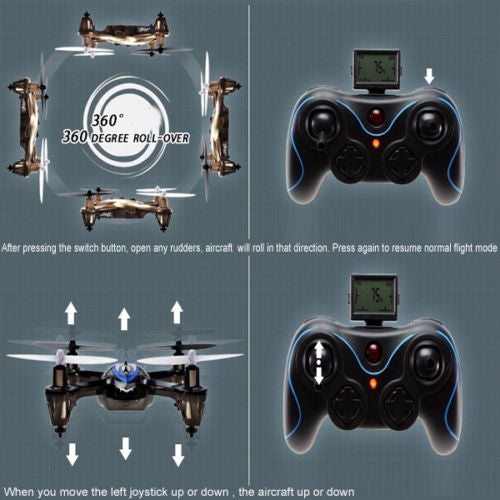 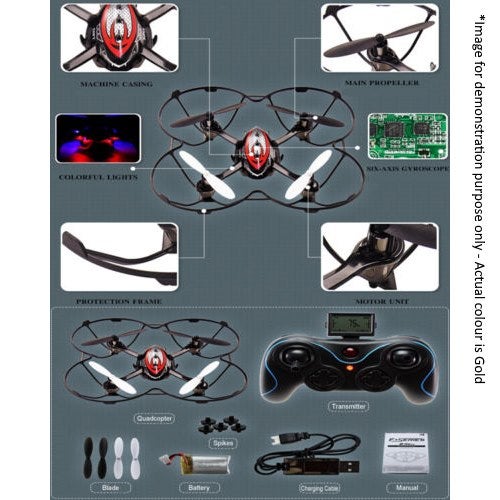 1 Review 4 1 Review
Get some incredible airborne footage with this drone! It has a 6 axis gyro, allowing it to move in tight spaces and 360 degrees. It has a control distance of 100m.
Out of Stock!
Share:

The gold F180C2g is a 6-axis quadcopter for anyone who wants to experience flying a drone without spending a fortune. It's also one of the most affordable, small and fast quads on the market. Despite similarities with other, more expensive drones, the F180 is unique in some ways. Weighing in at 38g with battery and prop guards, the F180 is the type of drone you buy for flying both indoors and outdoors as well. It is also an ideal quadcopter for those who want a drone for training purposes to improve their piloting skills. This is an awesome little drone with a built in Video Camera, which can take photos or videos at the touch of a button. The Video camera records in High Definition for HD footage straight on the SD Card (supplied) which plugs into the drone. Then simply remove it and download to your computer to see what you have recorded.